Poxet 60mg contains an active ingredient Depoxetine. It is the first compound developed specially for the treatment of premature ejaculation (PE) in men 18–64 years old. Dapoxetine works by inhibiting the serotonin transporter, increasing serotonin’s action at the post synaptic cleft, and as a consequence promoting ejaculatory delay.

Poxet-60 tablets is one of the most common causes of sexual dysfunction in men. It is defined as early ejaculation with minimal sexual stimulation before of soon after penetration and can cause distress and problems with relationships. Poxet-60 is used to improve control over ejaculation and increase the time interval before ejaculation occurs during intercourse, for men with persistent or recurrent PE.

1, Poxet-60 tablets contain dapoxetine 60mg is used to increase control over ejaculation and to extend the time before reaching ejaculation in men.

2, Poxet 60 mg works by increasing the levels of the natural chemical, serotonin, in the brain. Increased serotonin levels may extend the time before ejaculation by slowing the pathways in the body that are associated with premature ejaculation (PE). 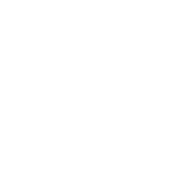